This week’s release comes from PHudBase, which is an engine for building games using a client/server model in PHP. 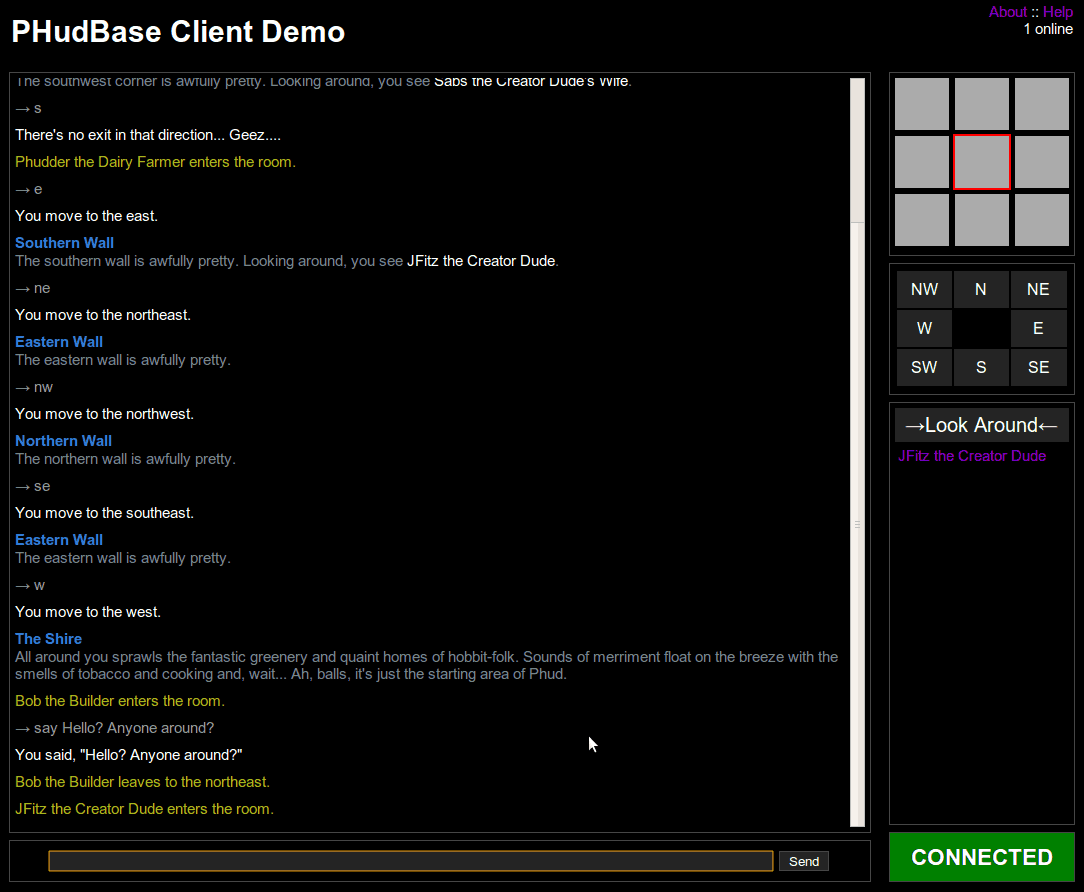 PHudBase, a project built by John DeLancey for his upcoming PBBG, has
been released as open-source for the PBBG
community to try out, rip up, and improve upon.

PHudBase (or just PB) is a game engine written in PHP that’s broken up
into two parts — the server (game engine itself) and
a client that connects using HTML 5 WebSockets. The engine also
supports Telnet and Flash connections, but that’s not what it’s
really about.

The server runs on your webserver using the PHP CLI (command line
interface) module. It sets up a server that is meant to
run forever, listening for new connections, processing game actions,
and talking to and hearing from your users.

The client is — really — just an example of what WebSockets and HTML
5 are going to do for us (Google Chrome is the only
browser that currently supports WebSockets). It connects to the
server as you’d expect, with just a few lines of javascript
and no plugins at all.

The codebase — hosted at Google Code — contains a very, very basic
game that you can build on top of or completely discard.
You can use anything you want to store your data, and MySQL is
certainly a great choice. It also supports caching via APC or
memcached (or anything else) with “hooks” that you can replace with
the appropriate store/get/delete function calls (it currently stores
every
object in the game in an array in the Game object, itself).

The project’s homepage is http://www.phudbase.com, where there’s a
demo for you to try out and links to the Google Code and
Google Groups pages for you to download and discuss the project.

Do you have a press release that you’d like us to publish? Get in touch by e-mailing [email protected], leaving a comment below, or following us on Twitter.